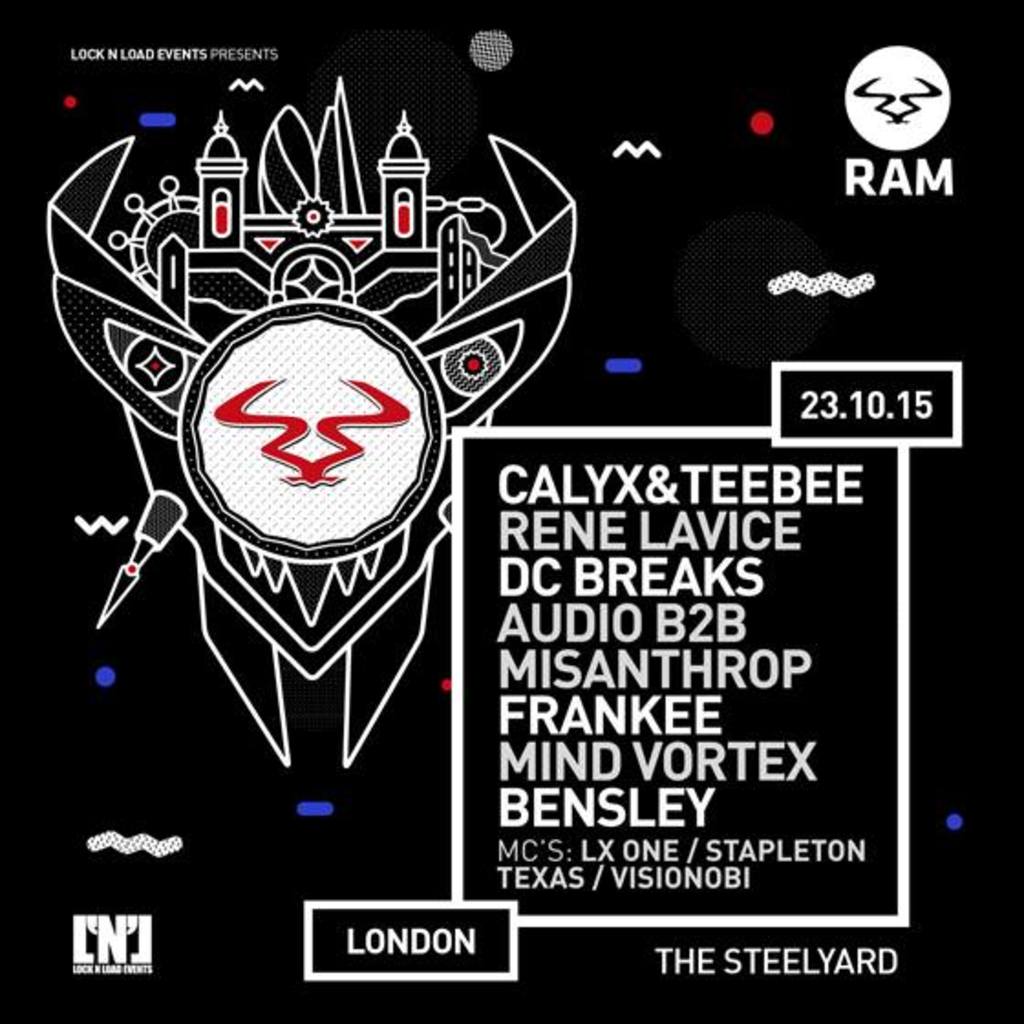 Marking the start of a European-wide tour for Ram Records, 23rd October sees one of the most renowned dnb labels returning with another colossal line up.

And having already extensively toured the Ram sound stooped in Cannon Street’s tunnels, brand new venue The Steelyard has already proved its ability to host such a prominent set of artists.

Featuring revered heavyweights Calyx & TeeBee, with decades of experience combined, as well as BBC R1 A-lister Rene LaVice, underground tastemakers Audio and Misanthrop, the bassline pioneer’s Mind Vortex and stalwart newcomer Bensley, this stellar mix of artists presents only one outcome. A night which will firmly solidify the imprint’s reputation as a formidable power outlet for the genre.

With DC Breaks also making an appearance, showcasing tracks forthcoming on their debut LP, as well as Frankee, whose new single is set to drop just weeks before, expect to witness the freshest cuts to date.

Tickets are available now but they’re selling fast… Although you can only expect as much from a label who’ve held the title spot for over two decades. And the prices are due to increase Friday midday! So make sure you grab yours now!